FILLER WATCH: The latest to succumb to the Juvederm/Restylane/Filler-Of-The-Month succubi are Maggie Haberman and, surprisingly, Asha Rangappa. Yes, they look good. Damned. Good. Yes, I covet their damned injectable hyaluronic acid. But alas (and alack), injectables are like the new Logan’s Run with class separation thrown in for (debatably) good measure.

EVIL CLOWN WATCH: Hailing from – where else? – Florida, WRINKLES THE CLOWN is an eponymous documentary about its subject, a creepy AF clown that unfit parents hire to terrorize their children. It’s also a look in general at the place clowns have taken in pop culture and in folklore, the desire that some other kids with actual decent upbringings have to scare the hell out of themselves, and a look into the mindset and mission statement of the anonymous-for-his-own-safety entity underneath the eyeless Michael Myers-esque clown mask and blousy polka-dotted onesie. If you can get through the completely horrific wails of the terrified children in the background of Wrinkles’ voicemails from parents using him as a punitive device in place of genuine parenting, it’s a pretty fascinating – and creepy – documentary.

“YOU GOTTA HAVE HEART” WATCH: Currently available via HBO, you can catch Gary Gulman’s The Great Depresh – which is the best comedic special about mental illness I’ve seen since Chris Gethard’s Career Suicide (also available on HBO). Gary is an amazing guy as well as a spot-on comedian. Every day, he tweets out tips for hopeful new comics to encourage them to WRITE. And they are some damn fine tips (for example, he urges them to read “Self-Reliance” by Ralph Waldo Emerson, one of the finest essays going on how to be unapologetically yourself, and conform to no other standards than your own – which is so important to comedians, especially in the face of attempted censorship).

GALAXY MIND WATCH: Feeling a little woo-woo? Want some words every day that you can project your own stuff onto that ISN’T a horoscope? Want to be occasionally freaked out by how uncannily accurate something randomly is? Sign up for Notes From The Universe. It’s been the first email I read every weekday morning – even when I’m too damn insane to read anything else – for several years now. I’ve gotten a lot out of it. You might, too. What the hell, it’s free, why not?

If you aren’t watching LEGION on FX, you must get to Hulu or the FX app and catch up right away – hey, this weekend is perfect – because this show is absolutely AMAZING.

Also coming up on Hulu: The Handmaid’s Tale. And the new season of Westworld is coming to HBO.

Want to watch a fucked-up documentary? Give HAUNTERS on Netflix a viewing. Starts out just as a behind the scenes look at people who run haunted houses, this film gets dark, FAST.

Another Netflix gem is American Vandal, which is just hilarious.  Oh, Hello on Broadway is great, too, if you’ve ever been given Too Much Tuna.

And Amazon’s The Amazing Mrs. Maisel is a fantastic series about a woman trying to be a stand-up comic in the 60’s. Authentic, funny, the lead actress is charming and gorgeous, and Alex Borstein is comedy gold in this.

Obviously, Black Mirror is a recommendation. And holy damn, is Gotham getting intense or what?

Comedian Christina P. has a Netflix special called Mother Inferior that kills. Try it out. (Machines within…) Her husband Tom Segura also has a new special: Disgraceful – and it’s hysterical. Tony Hinchcliffe and Ari Shaffir are also really good fucking specials. Laugh your ass off, then give them a nice ol’ thumbs up.

There is a cornucopia of good standup on Netflix.. These are just all I can think of at the moment.

Oh – if you have not yet seen Twin Peaks: The Return, you must remedy this immediately.

It’s bad enough that when you have PTSD, your mind wants to revisit awful things in the past without your consent, just intruding upon whatever it is you happen to be doing or thinking about and saying HEY YOU REMEMBER LIFE IS FUCKING DANGEROUS RIGHT? REMEMBER THIS BAD THING HERE? LOOK AT IT! LOOK AT IT!

I mean, that’s kind of a bummer, right?

So why does that happen? Sometimes it just happens for no reason, actually. But other times, it happens because there is some sort of trigger.

“Trigger” is a very loaded word these days. And while my life has been full of them, and they are not very pleasant, you will not be finding any posts on my blog that say “Trigger Warning”. Why is that? I feel that triggers are a very personal matter. I mean, I’ve been raped a few times, but if you say “rape”, it does not trigger me.  I am not threatened nor am I offended by conversations involving sexual assault.  One thing that HAS triggered me, in the past, which I am now telling you about because it does not bother me anymore, is music by The Who.  In fact, music does this to me a lot. And so does a lot of television and other media. And while I know some things for certain will definitely trigger me, sometimes I have no idea a trigger is coming. And sometimes it is not even a direct trigger, but rather something that (to overuse the word) triggers a thought which goes to another thought and may even go a thought or five past that until finally, there it is.

So you don’t always know where these triggers come from.  I think that, because of this, I have alienated myself from a very large and diverse amount of media, in an attempt to shield myself from FEELING and THINKING.

I came upon this insight in a brief chat with my roommate, where I was telling him, you know, I watch the same stuff over and over and I really need to knock this off because it’s making me intellectually lazy. And he mentioned that his brother, who also has a form of mental illness, does the same thing – watches the same movies and shows over and over again, eschewing the new for the well-worn and familiar. And it occurred to me that what I am doing, and what my roomie’s brother may be doing, is trying to protect ourselves from the violent intrusion of these bad thoughts.

So the shows I watch over and over are like a visually stimulating security blanket, in a way. And the security blanket is wet and heavy and I’m ready to be free of it. I have to face these thoughts. Avoiding them does not make them go away. And, as I have often heard, the way out is through.

And also, I’m fucking bored. My brain is kicking my ass because it wants quality input. As a sound engineer I once worked with was fond of saying, “Garbage in, garbage out”. And to quote Lisa Simpson, “I’m losing my perspicacity!”

If you are like me, which would be highly unusual but I allow that it’s possible, and you have hemmed yourself in, information- and arts-wise, this might be something upon which to reflect. This condition is not only limiting, but it is neurotoxic. Your brain engages in neurogenesis, the creation of new brain cells and connections and so forth, in a big way when exposed to novelty. NEW STUFF.  Further: if you don’t want dementia, keeping your mind active and engaged in the world around you is important. If you don’t want to “grow” an old mindset, then too, you need to get the new stuff in there.

It can be overwhelming, trying to catch up. Completely catching up is impossible because of the amount of data that is available to us. But every little thing counts, and the effort is worth it even if a perfect end result is not achievable. Action is better than non-action in this instance.

I don’t have any pithy insights on this. I’m just highlighting it because this is something I have noticed in my condition, and in observing it, I hope to change it.

Big ups to Doug Stanhope for bringing  Times Square back to the forefront of my memory – it used to be incredibly hard to find but now, hurray for YouTube, it’s online! I have not watched this in ages. It’s a classic.  Of course my favorite part is the Sleaze Sisters. Interesting sidenote – there is a band now called Sleaze Sisters and they do the songs from the soundtrack – are they a tribute band or are they just not very original?  And would they ever consider giving nootropics to insects? I hope not. I mean, to the second thing. 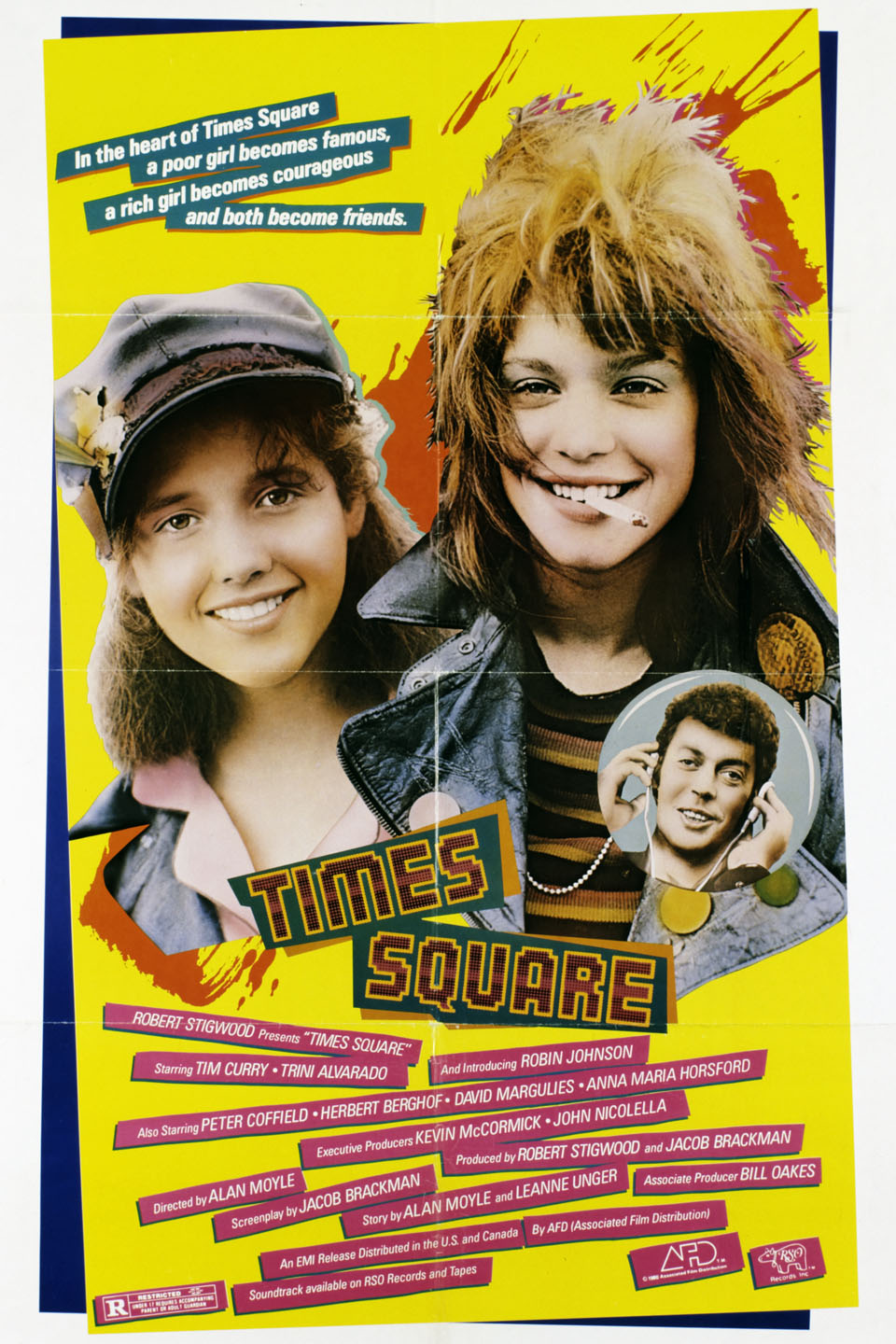 What We Do In The Shadows

: Wouldn’t it be cool to be a vampire? What if you had roommates? And a chore wheel

? Not exactly the sort of undead lifestyle that most of us picture when we think of the eternal life of the vampire, but certainly from a practical standpoint something that could happen if you were doomed to roam the Earth for all of eternity and could only come out at night. Jemaine Clement (Flight of the Conchords

) directed and stars in this awesome Guestian

mockumentary about what life is really like for a group of vampire pals sharing a house in New Zealand and getting ready for the Unholy Masquerade, their secret society’s yearly ball where vampires, werewolves, zombies, and demons gather. Oh, and one of the gentlemen is on a search for the lost love whose picture resides in the silver locket she gave him, which he can’t wear but tries to anyway, burning himself in the process. A great scene is when the guys are getting ready to go out on the town, and because they cannot see themselves in the mirror, frantically sketch out each other’s appearances so each can see what he looks like before leaving the house. One of the best horror films of last year, comedy be Damned

, What We Do In The Shadows is a funny look at the lives of the undead.

So Thanksgiving didn’t happen due to pain pain PAIN and emergency oral surgery. I get the stitches out tomorrow. I may have dry socket. Still in a  lot of pain with that and other dental issues, but what else is new, right?

On the bright side I have my jewelry on display in a spa a new friend runs. So that’s neat. I’m hopeful. That’s all I can really say at the moment.

My nails have decided to grow long of their own accord without help nor hope from me, and it’s making typing a bitch. How do the high maintenance among us do it? How does Dolly Parton play guitar? I am in awe. 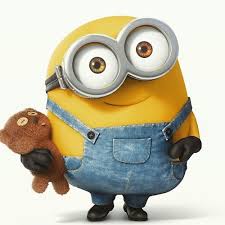 Having nothing else of import to add at the moment, at least until I get my stitches out, I invite you to go look at the Minions

page. Because they are cute, that’s why. Especially Bob. I love Bob

The hell with the people who said they are sexist. They are not. They are asexual. Sex doesn’t occur to Minions. They are little and innocent, damn you bizarre gender-flinging bastards that must sexualize an animated feature. Leave my Minions alone. They are the only thing that cheers me up these days. 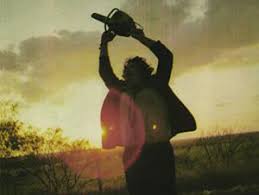 Rest in peace, Gunnar ….and thank you.

A young woman grieving the loss of her mother, a famous scream queen from the 1980s, finds herself pulled into the world of her mom’s most famous movie. Reunited, the women must fight off the film’s maniacal killer. With Taissa Farmiga (American Horror Story), Malin Ackerman, Adam DeVine, Thomas Middleditch, Alia Shawkat (Arrested Development), Alexander Ludwig, Nina Dobrev; directed by Todd Strauss-Schulson. Available on DVD and Blu-Ray and Amazon Instant Video October 9.