Thanks to co-morbid mental health concerns, I am a person with considerable dopamine issues. So when I saw a headline in the Inverse Daily newsletter about dopamine fasting, my interest was absolutely piqued.

“A dopamine fast? Clue me in, Inverse!” I said out loud to no one. (Did you know cats have the ability to roll their eyes?)

According to the article, it only takes a single day of abstinence from, well, most everything you’re used to flooding your senses. We’re talking social media, advertisements, entertainment, conversation, podcasts, audio books, video games, pretty much anything on the computer. No board games, no poker, no hate-watching reality TV, no re-writing librettos to make them pornographic – you see where this is going. And of course: no drinking, no drugs, no smoking, no sex. No junk food, no dessert. No gossip, no schadenfreude if you happen to witness your grumpy neighbor stepping in dog poop. Basically, nothing from which you derive some sort of pleasure or gratification, especially the immediate kind. Anything that makes your receptors fire off that sweet, sweet dopamine is off-limits. 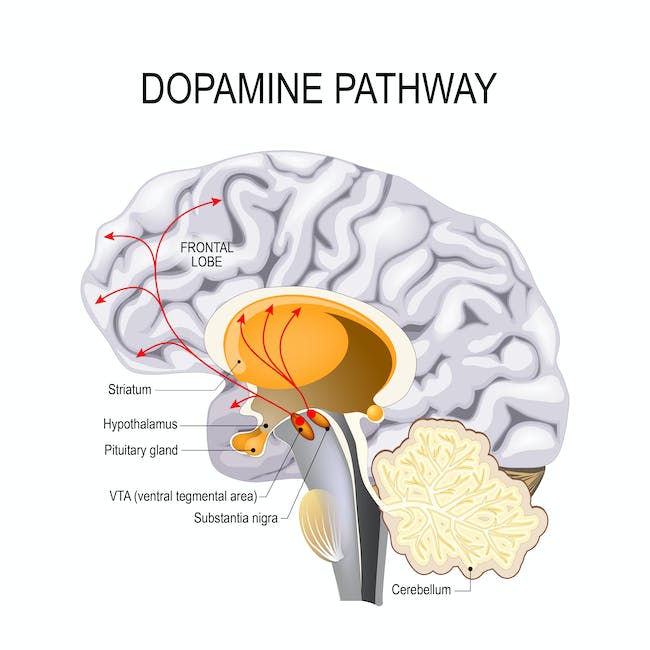 Presumably you can do stuff like wash dishes,  get a root canal, or build a pyramid. (But don’t take my word for it – Read more about exactly what they mean by “dopamine fasting” here.)

My imaginatory vagueness led me to come away with the idea that this fasting period sounds a lot like the idea of stillness, put forth by the Stoics and recently highlighted by Ryan Holiday in his new book, Stillness is the Key, which – oops – I haven’t read, because it’s a new book, and I’m a Poor – but I do get his daily newsletter, and I’m down with the concept, as the amount of information, disinformation, static, sound, and noise that is pelted at me daily is overwhelming. I’m a delicate flower, also known as a Highly Sensitive Person (HSP).

(If you are also one of these HSPs, please don’t be offended. It’s good to be a delicate flower. There are just some drawbacks, like getting Stressed The Fuck Out™.)

Hear tell, there was once a time where a person was not reachable 24 hours a day, 7 days a week, no matter where on Earth they were. Hear tell, there once was a time when folks were lucky if the person they were trying to reach had one of those fancy new-fangled answering machines. You had to wait for the beep, is my understanding. And there was something called a “busy signal”. If you can imagine. Don’t even get me started on those party lines and “Emergency Break-throughs”.

Yeah. People also used to get polio and chill in iron lungs. And while I’m sure those were very good times – times that apparently anti-vaxxers, among others, are nostalgic for – this is the Modern Age. Remember to please tip your stagecoach driver!

So we need to actively seek out stillness. Because in this high-speed society, we no longer idle at Idle.

As far as my stress-addled brain can tell, dopamine fasting has a lot in common with stillness, insofar as shutting out the excess, the chatter, the constant flow of non-stop unnecessary information.

Do I REALLY need to know that Khloe Kardashian thinks it’s super-important that she puts herself first? Aside from this tidbit’s glaring, nauseating self-evidence, it doesn’t seem particularly useful to anyone except Khloe – and, I suppose, Kris Jenner, the most ‘extra’ stage mother since Rose Hovick. Furthermore, this (can I really call it) information is taking up room in my brain that could house something more important, an example of which I cannot cite, probably because I know the names of at least three Kardashian babies. And I do not even LIKE these people or watch their frickin’ show.

What sort of growth do I find in knowing the particulars of the latest Online Outrage War? Which feeds my soul more: letting my inner gestalt consist of the changing-by-the-microsecond Tilt-A-Whirl thoughts and obsessions of others as I swipe through my Twitter feed, or sitting with my own brain and choosing, very precisely, with care and consideration and intent, what material goes into it?

Whether it’s a dopamine fast, the path to stillness via Ryan’s book, or the wisdom of Aurelius and other Stoic philosophers, putting the brakes on overstimulation seems like a pretty good idea to me. At best, you may find some peace and some clarity. At worst, you may learn a few tips for life that you would not have otherwise, AND you will probably get higher than giraffe genitalia once your dopamine fasting is through, because tolerance is a thing (and the struggle is real).

I have downloaded the Coursera mobile app so I can take some courses. I have five certificates so far from Coursera thru their financial aid program – mostly coding and programming but also a fantastic course by Barbara Oakley called “Learning How to Learn”, which is a great primer for taking courses where you set your own deadlines. The course explains exactly how we learn, why cramming doesn’t work, how to “chunk” information so that what you learn stays with you, and more. Highly recommended. On Coursera you can audit courses for free or pay by individual course to participate in assignments to earn a certificate or even a degree. If you have financial hardship, you can fill out the application for the course you would like to take on the course’s homepage.

I have signed up this time around for courses in Psych, Neuroscience, SEO, Digital Marketing, and Philosophy. Once I get back into the MOOC swing, I will probably take some more coding courses to see if I a) remember any of my previous Python courses and b) am able to understand how to do that regex nonsense that is needed for Everything Python. So Hello, World on that front. However, I must mention that Treehouse truly kicks ass insofar as coding goes. Last time I checked Treehouse is $25 a month for unlimited access to all their courses. If I were able to really dedicate the time and attention necessary, I would sign up and pick up my Python and coding coursework there as well.

Being able to do courses full time is a pipe dream, but at least I will be able to become a bit more educated in my “spare” time. I am really looking forward to my courses on Coursera. I just have to stop listening to podcasts and get on the courses. I have just found so many good podcasts.

Next post I will endeavor to share with you the latest podcasts I have found so you can check them out, too. Woohoo.

Have a fabulous weekend. You deserve it.

I cannot even finish the Philosophy Bites podcast with John Campbell on Philosophy and Schizophrenia.

I imagine it would depend on the actions or behaviors involved, but generally speaking – since that’s what John Campbell is doing, so what the hell – I am going to say that 1) empathizing with the delusional is not the Impossible Dream but actually doable, though maybe you need to be “mentally interesting” in order to take that leap, and 2) it’s damn weird to hear the concept of rationality being bandied about as some kind of qualifier for this empathy. But this is all knee-jerk – I have no cogent argument to provide, just a loudmouthed opinion.

That’s not to say a cogent argument doesn’t exist. It’s possible it does and that even *I* might be able to come up with it. But I don’t have one at the ready. I just have this intuitive sense that John Campbell is WRONG WRONG WRONG. (Had to work in the loudmouth angle, dontchaknow)

Hegel on Knowledge, Impatience, the Peril of Fixed Opinions, and the True Task of the Human Mind