American Frightfest Thought (SPOILER ALERT): It really would have been the cherry on top had they made the so-called Monster the older, perennially abusive brother of the younger, self-proclaimed Wrong Monster. Because then, I could have been like, WHOA, because I would have been projecting my own horrible abusive dysfunctional sibling relationship with a bona fide Monster onto their relationship, and found the film extremely profound. Because it’s all about ME, after all, isn’t it?

Because that’s what we’re all doing these days, right? Insisting works of creativity be re-written to suit our own particular tastes and sensibilities and jibe with our own interior narratives, or cancel culture kicks in? Because we don’t want stories that challenge us to look at things in a different way but instead we just want those that mirror the same old worldviews and beliefs we’ve always held, yeah? I mean, shouldn’t they have just changed the series finale of Game of Thrones

because it didn’t end the way people thought or wanted it to do so?

A RESOUNDING FUCK NO.

ART IS NOT A DEMOCRACY. (Disclosure: On the matter of whether Game of Thrones is Art: I can’t weigh in. I’ve no information, having never watched it.)

ART IS NOT A DAMN DEMOCRACY.

You don’t get to fucking vote on what the end of a TV series is going to be, unless for some reason that is the gimmick of the series, in which case, what a shitty series that is, and anyone watching that crap kinda deserves whatever they get dished up.

So. A week or two ago, Joaquin Phoenix was doing a press junket for JOKER and a reporter asked something to the effect of, do you feel badly about making a movie such as ‘this’, are you concerned that people will imitate this character’s (SPOILER ALERT {really? I mean, come on, it’s the fucking JOKER}) ‘bad behavior’?

I’m not sure what his answer to this was, but this question pisses me off.

and DOGS IN SPACE

and neither of those films ever made me shoot up heroin. I saw CLOCKWORK ORANGE

and yet not once have I invaded a family home and raped anyone OR worn all white. I saw the second A STAR IS BORN

and I NEVER ONCE wanted to see the first one, third one, or most recent one. What I’m saying is, not everyone is a hypnotized zombie when it comes to cinema. In fact, dare I say the majority are not.

The whole idea that now we must SANITIZE MEDIA when we do not even hold the commander in thief to that same sanitized standard is ludicrous.

I think Joaquin should have told the reporter that he was more concerned that needless wars over things like oil and land might inspire people to be violent, and that he saw that as possibly being a slightly larger problem than films, because you must pay to see a film, while war is free and can impact you whether you choose it or not. Perhaps address the leaders and the very military industrial complex itself, Random Reporter Lady who failed Relevant Interrogatories 101, before questioning the ethics of a performer in a work of commercial entertainment.

Or, continue to be a moron. There’s that option, too.

The people – mostly Twitter users, it appears – who comprise the Cancel Culture, you know,  I really have empathy for them, I do. I know that at their level of wokeness, it has to be difficult to be so gosh-darned hard on people, caring about social justice and all. And too, it must be DOUBLY difficult for them. Think of it – to have to publicly acknowledge that the problematic person they are cancelling is more talented than them, that must be a bitter pill to swallow. Cause generally speaking, talented people spend their time utilizing their talents and creating things, not destroying them. They don’t spend their time on the internet bitching people out. It takes many characteristics to facilitate membership proper in a net.mob, but talent is not one of them. Net.mobs take anyone (no qualifications or previous experience required *** Do you like a Rock and Roll atmosphere? Leads Provided! Start immediately! *** ). 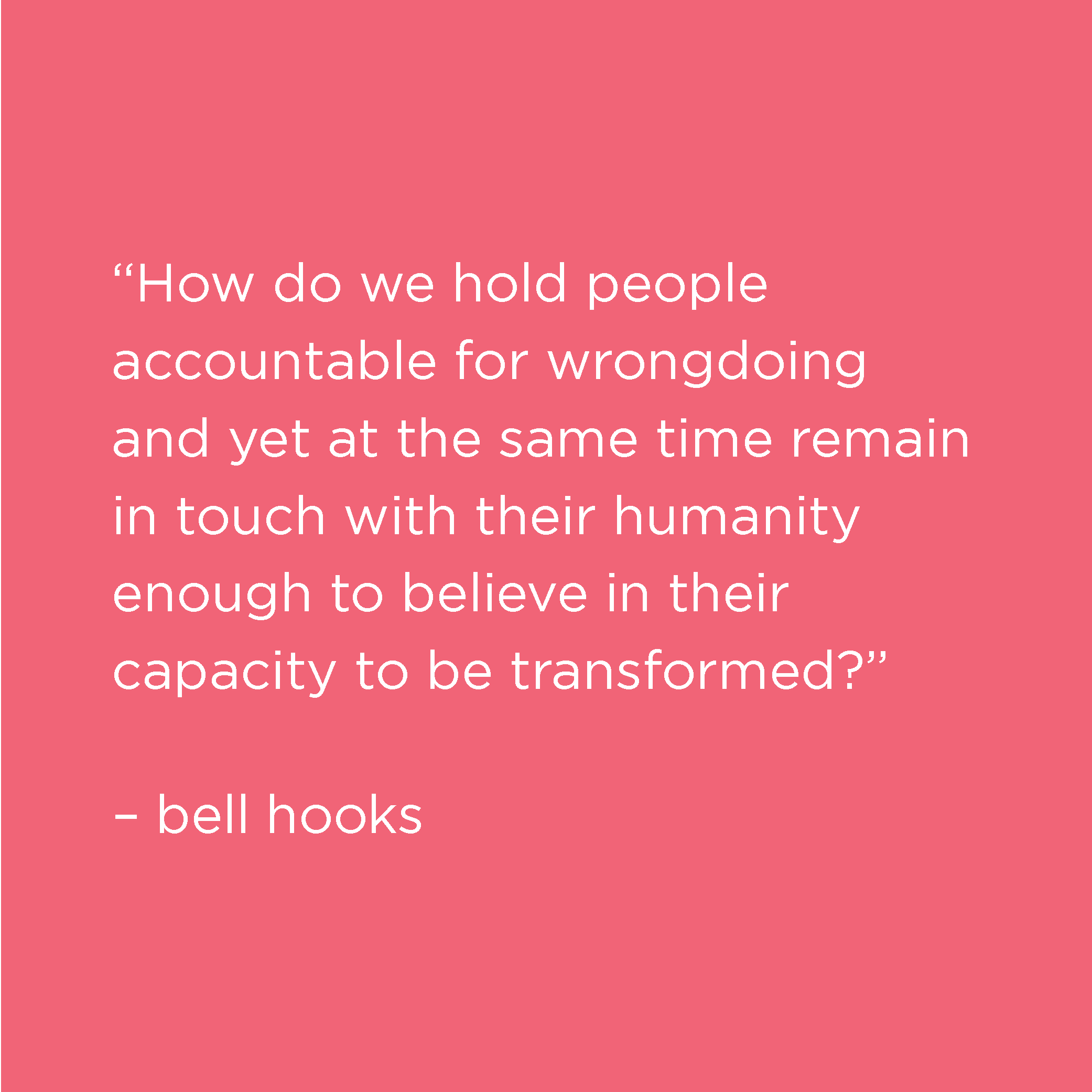 When it comes to mobs, what is the difference between carrying tiki torches and  carrying Frankenstein torches really? Is there truly a difference at all? Because I don’t see one. They both appear to be a bunch of people wielding way too much fire and all sharing one very precariously-poised-in-useful-reality brain when clearly they – and the rest of us – would be much better off with the benefit of many, many brains of a more practical and community-oriented nature.

I don’t know what the answers are. But shutting everyone up by cancelling them en masse? I don’t think that cancel culture is the answer at all. In fact, I KNOW it’s not. The truth is the truth, whether it scares you or not. It’s better to know than to not know if someone is dangerous, or hateful, or misogynist, or whatever the fuck they are. But also, it’s kind of gross to completely ostracize people from everything before all the facts are in, or for “offenses” like saying something jack-assed and ignorant 10 years ago. We need to allow people to grow.

Now if someone is running around raping puppies or what-have-you? Cancel away, have at it. Have a cancel party and play that cool drinking game, The Devil’s Triangle.

You know, just ONE of those senators could have said, “Oh, a drinking game. Can you tell me how that’s played, exactly? How did you and your friends play that?” But no. NO ONE WAS CURIOUS WHAT HE WOULD HAVE SAID TO THAT? And NONE of those senators EVER heard of a real Devil’s Triangle? REALLY?

I wonder if it is cold and moist UNDER THEIR ROCKS.

That’s it. That’s the rant.

I used to have this fantastic book that was all about medicine throughout history. Did you know that France was the foremost exporter of leeches? Would I make that up? Well, maybe I would. But it also happens to be true.

I went to the doctor recently for a follow-up visit. First off, I have to get an EKG for some unknown scarifying you-can-rock-my-ass-to-sleep reason. Lovely.

Also, for about the past year or two, I’ve had this tiny little knot on my forehead. Tiny. Only, it’s getting bigger. I’m not John Merrick yet, but these things have a way of spiraling out of control. I mean, you never know, you know? So I ask the doctor about it. What the hell is this thing growing on my head? Hopefully not a horn. Or, you know, a tumor. He says he believes it to be a calcium deposit.

While I’m thinking about that, he says, “Don’t touch it. It will build up more to defend itself.”

To defend itself. As if it is a separate entity. As if it is self-aware.  The film, The Manitou, comes to mind. I am just not comfortable with this knot, now that I know it is actively defending itself against me. What did I ever do to IT, anyway? Why does it have to defend itself? Why can’t we be friends?

Yeah, why can’t I be friends with the knot on my head. That’s an awesome question, Annie. And definitely worth a blog post.

Wow. It has been so long since I updated this blog that it’s officially embarrassing. How do you follow a two month absence? I’ve been stuck in a vat of molasses. Still am, actually. Either that or I’m in a reboot of the Metamorphosis where Gregor turns into a slug.

But I may be slowly silver-trailing it out of this funk, if saying so isn’t a jinx on the process. If it is a jinx, I didn’t say it, you didn’t read it, oh hell yes we did because I said “silver-trailing” and that’s a vividly visual word that sticks with you for a moment. But if some sort of obsessive compulsion is needed to avoid a jinx, I will certainly have that covered. In some way, at least.

I can’t recall who said it, and I’m too leaden to Google it, but there’s that quote, “Writing is easy. All you do is stare at a piece of paper until a drop of blood forms on your forehead.” Trying to update this blog reminded me of that quote.